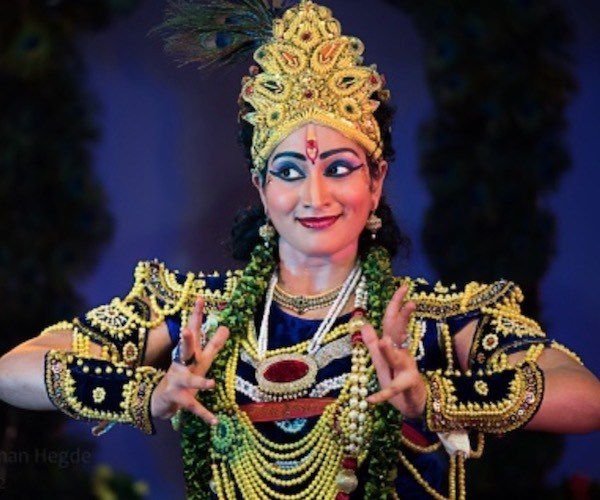 One need not travel across the world to experience India’s exceptional treasures. London is bursting with some of the finest ancient sculptures, Mughal jewellery, gemstones, textiles, food, fashion and events. To showcase these wonderful Indian links in our capital, we have compiled our own guide of the best and most enticing places to eat, drink, dance, watch and shop all things Hindustan in the most vibrant city in the world. Here is where you can experience the wonders of India, closer to home…

The Nehru Centre is the artistic arm of the Indian High Commission on Mayfair’s South Audley Street, and has both a cultured and slightly raffish air. A grand Georgian townhouse with fine rooms, The Nehru Centre is an atmospheric back drop to an ever-changing calendar of events throughout the year. It’s the best place to experience classical kathak dancing, Sufi concerts, interfaith dialogues and art exhibitions by a range of names, and events are highly social drawing a colourful cast of characters.

At the start of the summer, the ZEE JLF at The British Library, a two-day taster of the famed literary festival, showcases the best of South Asia’s literary heritage. Throughout the weekend, various talks, debates and discourses are given from some of the greatest thinkers of the subcontinent such as William Dalrymple and Shashi Tharoor.

Decorating the streets this summer is the Elephant Parade, running until mid-July. Thirty, 5-foot Elephant Parade sculptures, exquisitely decorated by some of India’s best artists, designers and creative talents, raise awareness and support for the elephant. These fabulous ambassadors for Asia’s elephants have been dotted throughout Mayfair and Chelsea.

No. 53 Holland Park, an imposing villa in the leafy enclave of Holland Park, was once the home of Maharaja Duleep Singh of Lahore (1838-1893), romantically titled ‘the last ruler of Lahore’. Singh, a devoted friend to Queen Victoria and a fervent anglophile, converted from Sikhism to Christianity and led a lavish lifestyle, having six children and acquiring Elveden Hall in Suffolk where he is buried. An English Heritage Blue Plaque commemorates his tenure at 53 Holland Park.

A mile and a half away is 20 Baron’s Court Road, the former home of Mahatma Gandhi. The stuccoed entrances of this west London backwater echo with history. During the 1890’s, whilst studying law at University College London, Gandhi lived here in studious respectability. When he arrived in London he was just 19 years old and alongside his studies, relished dancing lessons and visiting a nearby church which is now the Bharatiya Vidya Bhavan, an Indian cultural and spiritual centre. The house is in the heart of the Baron’s Court Conservation Area and protected by its listed status.

The Nehru Gallery at the V&A Museum, named after India’s first Prime Minister, is an elegantly curated room bursting with treasures from South Asia. Highlights include Tipu ‘Sultan’s Tiger, a macabre, almost life-sized wooden model which mauls a European soldier lying on his back made for the blood thirsty ruler of Mysore. Take in the Anglo-Indian inlaid furniture, the contemplative Jain sculptures and the antique block print canvases.

The iconic British Museum attracts seven million visitors a year and is home to some of the finest examples of Indian craftsmanship. The Joseph E Hotung Gallery of Oriental Antiquities houses a rich collection sculptures, ceramics, lacquer, jade and metal ware. Discover beguiling Buddhist reliefs from Amaravati, central India, dating back 2,000 years, alongside the Saraswati statue, depicting the Hindu goddess of knowledge, music and learning.

At the Tower of London is India’s most infamous diamond – the Koh-i-noor. Following the release of William Dalrymple and Anisha Anand’s book this much-fabled gem is very much back on the map. The glittering stone can be marvelled at the Tower of London’s Crown Jewels, where it takes pride of place at the centre of Queen Elizabeth The Queen Mother’s Crown.

Charismatic purveyor of South Asian objet d’art, Joss Graham has been based on Belgravia’s Ecclestone street since 1980. His orientalist shop is a mecca for tribal art, kelims, 18th-century chintz’s, elegant ‘chik’ blinds and paintings.

Varana’s first boutique, located on Dover Street, opened with a buzz in 2017. Touted as India’s first global luxury retail brand, the Mayfair branch is the first of several planned stores across the world. Varana is the place to come for elegant and thoughtfully designed clothing, jewellery and scarfs.

A highlight of Notting Hill’s Golborne Road, Warris Vianni is a cool and collected fabric and haberdashery emporium of hand-spun cottons, subtly-hued silks, linens and paisleys. Come here to find cushions in kantha embroidery, silks and linens as well as vintage suzanis and ‘phulkari’ throws.

Not exactly Indian but with very strong links to India, The Ned, located at 27 Poultry, is an iconic building designed by Sir Edwin ‘Ned’ Lutyens, architect of, amongst other things, much of New Delhi and of whom the hotel is named after. The former bank encompasses a hotel, eight restaurants and members club with the 252-bedroom property designed on a vast scale, mixing contemporary design with authentic 1920’s glamour.

Voted the UK’s best restaurant, Gymkhana is not resting on its laurels, still serving glamour with a side of surprise. The Anglo-Indian elegance of the interior sets off the game-dominated cuisine by star chef Karam Sethi – this is a twist on colonial club fare at its most superior. The venison biryani is sublime!

Dishoom is a delight that keeps on giving. One of London’s great success stories, it began life as an homage to the Bombay Parsi culture in Covent Garden and now has branches all over the city. The feisty modern Indian menu is paired with zingy cocktails and a fresh, fun approach – Tom Parker Bowles praised Dishoom for making him ‘leave with a spring in my step rather than usual post-curry shuffle’.

Tally ho to Talli Joe’s, where imaginative tasting plates and wonderful cocktails mingle with a casual buzzing atmosphere in the heart of town. Conjuring up all the magic of the subcontinent, Talli Joe’s approach to mixology is bold with a touch Bollywood – turmeric-infused gin, raw mango purée, biriyani oil and lime, saffron syrup…

Take refuge from bustling High Holborn in Scarfe’s Bar, a civilised oasis at the glamorous Rosewood Hotel. Picture perfect, with a roaring fire, deep velvet armchairs and shelves with 1,000 books hand-picked by a Portobello antiques dealer, Scarfe’s Bar is a well-kept London secret. Contemporary cocktails and live music add to the atmosphere while lunchtime offers a delightful Indian-inspired menu. Choose from delights such as Jaffa Tiger Prawns and Flatbread as well as melting Kolkata style Salmon curry.

These are some of our favourite ways to experience India in London, if you have any other suggestions please do let us know in the comments below.

Discover Something New at Home this Holiday Season

Because There Aren't Enough Reasons to Visit San Diego in Winter, Now You Can Ice Skate